People are hurt in personal injury accidents every year, and many suffer serious injuries. One of the most serious and concerning is traumatic brain injury (TBI). A TBI can have a long-term impact on a person’s relationships, work, and independence. 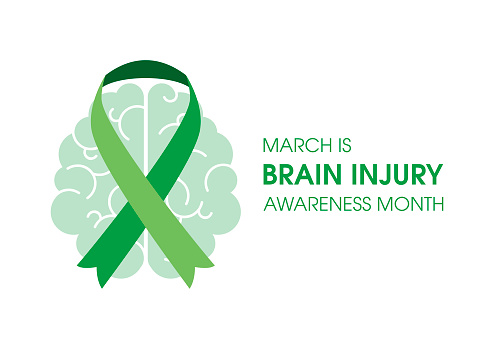 The theme of the campaign is “More Than My Brain Injury.” Noting that people with brain injuries often have their lives defined for them, the BIAA wants to allow them to tell their own stories to overcome those definitions and change their narrative.

Educating the public and improving care and support

The organization says someone suffers a brain injury every nine seconds in the United States. It points to data that shows more than 5.3 million Americans currently live with a disability related to a brain injury, at a cost of more than $76.5 billion each year.

What causes a traumatic brain injury? According to data, 47.9% are from falls, 17.1% from being struck by or against something, 13.2% from motor vehicle accidents, 13.2% from other or unknown causes, and 8.3% from assaults.

Blunt force trauma to the head can result in a TBI, as can violent shaking of the head (for example, from the force of impact during a car crash).

Symptoms of a TBI can vary but may include:

Long-term effects may include:

One of the goals of Brain Injury Awareness month is to promote advocacy to help victims get access to proper acute care, early and intensive rehabilitation, and sufficient long-term support.

Medical expenses for people undergoing treatment and rehabilitation after a brain injury can add up quickly and become overwhelming. But victims who were injured in an accident caused by a negligent party shouldn’t have to pay. However, recovering financial compensation can be complicated.

Negligent parties often deny doing anything wrong and refuse to accept responsibility for what happened. Insurance companies use many different tactics to pay victims as little as possible. They may question the seriousness of a brain injury or argue that the victim was partially to blame for what happened.

That’s why you need an experienced personal injury attorney on your side if you suffered a TBI in an accident.

The lawyers at Burns, Bryant, Cox, Rockefeller & Durkin, P.A. know how to build a strong case. We can carefully review your medical records to make sure you are getting the treatment you need and keep close track of your expenses. We can investigate your accident to look for evidence that proves a negligent party was responsible for what happened.

Our firm builds strong cases that get results, whether that’s through a negotiated settlement or a jury verdict. If you were injured in New Hampshire, learn more about how we can help you with your case. Contact us to schedule a free consultation. We have offices in Dover and Portsmouth.