Home | Blog | How Likely Are You To Develop PTSD After A Crash? New Hampshire Attorneys Reveal the Risk.

How Likely Are You To Develop PTSD After A Crash? New Hampshire Attorneys Reveal the Risk. 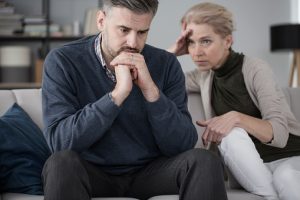 Being in a car accident can be a devastating experience for many people, especially when an injury or death is involved. The shock can happen immediately or even days later.

According to the U.S. Department of Veterans Affairs, approximately one percent of the population in the United States is injured in a crash each year. This accounts for roughly three million injuries each year and is a leading cause of trauma in many individuals. While most people who survive serious crashes don't sustain prolonged mental health issues, some crash survivors do.

What is the prevalence of crash-related PTSD?

The risk factors involved in crash-related PTSD include:

Why is seeking treatment so important after a crash?

Unlike many other causes of PTSD, those who sustain PTSD following a crash are likely to sustain another injury or develop chronic pain. Research shows that half of crash survivors with PTSD who don't seek mental health treatment experience symptoms for more than six months or a year.

The symptoms of PTSD after a crash may include:

That's why if you're injured in a crash, it's important to seek immediate medical attention. If a crash caused any mental or emotional trauma, take the symptoms seriously and get treatment. Having this condition can prolong recovery time after a crash and keep you from attending work or engaging in activities you enjoy.

Treatment for crash-related PTSD may include behavioral therapy, cognitive therapy, and prescription medication. This may be done in conjunction with physical therapy and pain management.

Recovery can be a lengthy and costly ordeal. That's where the car accident attorneys at Burns, Bryant, Cox, Rockefeller & Durkin, P.A. come in. We fight tirelessly to help injured motorists maximize their compensation in Dover and throughout New Hampshire. Contact us today to learn more.