Home | Blog | The Dangers of Aggressive Driving in New Hampshire

The Dangers of Aggressive Driving in New Hampshire 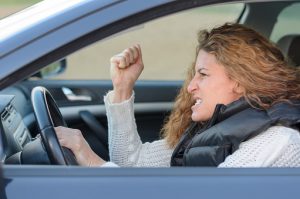 The term road rage was coined 30 years ago by a Los Angeles television station, but aggressive, angry behavior by drivers has been around in some form since the invention of the automobile.

Road rage is widespread. According to a 2016 poll conducted by AAA, nearly 80 percent of drivers have reported experiencing aggression behind the wheel at one point or another, and eight million have taken it a step further, purposely hitting another vehicle or confronting other drivers.

Washington Post surveys on driver rage reported "uncontrollable anger toward another driver on the road" doubled, from 6 percent to 12 percent, since 2013.

Some ways to combat road rage:

If you've been injured in an accident caused by an aggressive driver, contact Burns, Bryant, Cox, Rockefeller & Durkin, in Dover, NH.