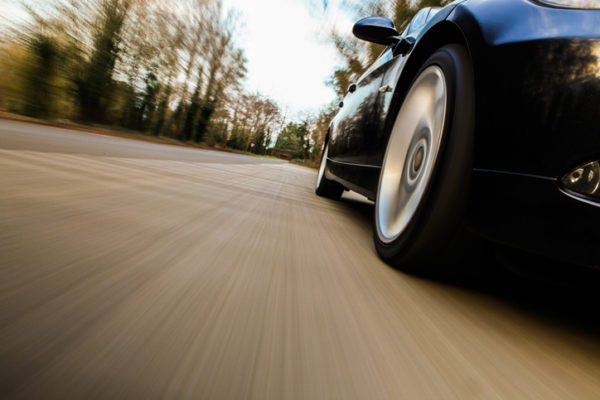 Reckless drivers traveling at dangerously high speeds and causing serious car accidents have become a major issue in New Hampshire and the nation over the last couple of years. To help combat the problem, New Hampshire and other states in New England recently launched a regional campaign to reduce the number of serious accidents caused by reckless driving.

Reckless driving has become a nationwide problem since the pandemic. During that time, some drivers saw the wide open roads as an invitation to drive at reckless speeds, putting themselves and others at risk of severe injury and death in the event of a crash. But even though travel restrictions have been lifted and the pandemic has subsided, reckless driving has remained a serious problem.

According to the Seacoast Online report, "Local police departments throughout New Hampshire are participating in specialized enforcement efforts targeting speeding drivers, including on Route 125. Those efforts are expected to continue throughout the summer in conjunction with the 'Slow Down New England' campaign."

Since early 2020, there has been an upsurge in speed-related accidents even though there were fewer drivers on the road due to pandemic-related restrictions, according to a recent study conducted by the Insurance Institute for Highway Safety (IIHS).

Last year, speeding fatalities increased by 5 percent compared to 2020—and the problem isn't getting any better.

"Information collected since the lockdowns ended and the roads filled back up suggests that risky driving has become the new normal," said Jessica Cicchino, vice president of research at IIHS.

In the past five years, speed-related car accidents killed 251 people in New Hampshire, according to Seacoast Online. Those figures include 51 car accident fatalities in 2021 and represent a 38 percent increase over 2020, according to crash data compiled by the NHTSA.

Accidents on I-95 and other major highways in New Hampshire can be particularly deadly when motorists travel at exceptionally high speeds. Remember, the faster a car is moving, the more likely it is that the driver will lose control of the vehicle.

Motorists driving at reckless speeds also require more distance to slow down or stop, making their margin for error smaller as their speed increases. High-speed crashes are also more likely to result in fatalities because the force of the collision increases exponentially the faster a vehicle goes.

According to an article published by Popular Mechanics, "An object's kinetic energy is proportional to its speed squared, which means doubling a car's speed quadruples its energy. A car going 100 mph therefore has more than twice as much kinetic energy as a car going 70. Similarly, in the time it takes the slower car to stop, the faster car won't have even slowed to 70 mph."

Reckless driving causes far too many injuries and fatalities in New Hampshire and states throughout New England. Unfortunately, despite initiatives like Slow Down New England and other enforcement campaigns, it only takes one reckless driver to cause a crash that leaves you severely injured.

If a reckless driver hits you, it might seem like your case is straightforward. But any time you deal with an insurance company, you can't take anything for granted. For example, it's common for insurance adjusters to purposefully delay, dispute, and deny valid claims to protect the insurance company's profits.

At Burns, Bryant, Cox, Rockefeller & Durkin, P.A., we can step in and demand the money you deserve. You don't need to go up against the insurance company and its team of lawyers by yourself. Our law firm has been fighting for New Hampshire's injured for over 150 years, and we understand what it takes to get the results you need and deserve.

Contact us today to schedule a free consultation with an experienced New Hampshire car accident lawyer from our law firm. We have offices conveniently located in Dover and Portsmouth.