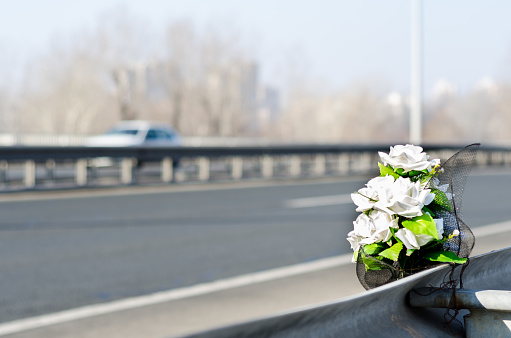 Since the pandemic began, there has been an increase in dangerous driving on the nation’s roads, leading to more car accidents and more traffic fatalities. Unfortunately, a new report shows that trend has continued.

According to data from the National Highway Traffic Safety Administration (NHTSA), there were 31,720 traffic deaths in the first nine months of 2021, a 12% increase over the same period the year before. It’s the highest percentage increase in fatalities during that period of time since 1975, the first year the Transportation Department began keeping track.

Traffic deaths rose in 38 states, including Texas, Nevada, and Idaho, and decreased in ten states and the District of Columbia. In two states, fatalities were about the same as the year before.

A major factor in the spike in fatalities – which began in 2019 – is reckless driving, according to the NHTSA. The agency has cited research that shows a rise in speeding in failing to wear a seat belt.

Transportation Secretary Pete Buttigieg unveiled a new strategy designed to reduce this trend, saying that over the next two years states would receive federal guidance and grants in an effort to lower speed limits and utilize safer road design. Examples include better lighting and crosswalks, as well as dedicated bus and bike lanes.

“People make mistakes, but human mistakes don’t always have to be lethal,” Buttigieg said in a statement. “In a well-designed system, safety measures make sure that human fallibility does not lead to human fatalities.”

NHTSA also plans to pursue new regulations. It is seeking a rule that requires new passenger vehicles to be equipped with automatic emergency braking. The agency also wants new safety standards for crash-avoidance features such as lane-keeping assistance.

Traffic fatalities in the first nine months of the year have risen nearly 33% in the past decade. About 7,800 more people died during that time period in 2021 compared to 2011.

The executive director of the Governors Highway Safety Association called the latest fatality number a “nightmare.”

If you’ve been injured, call an experienced attorney today

A reckless driver can cause an accident that leaves people with serious injuries, which are sometimes fatal. Victims and their families deserve financial compensation for the damages they’ve suffered. But the legal process can be complicated.

Negligent drivers deny doing anything wrong, and insurance companies try to pay as little money as possible to victims. That’s why it’s important to have experienced legal representation.

The car accident lawyers at Burns, Bryant, Cox, Rockefeller & Durkin, P.A. fight for the rights of accident victims in New Hampshire. We know how to build strong cases that hold negligent drivers accountable. Our attorneys know the tactics that insurance companies use to minimize compensation. We fight back to help our clients get the compensation they deserve.

If you or a loved one has been injured in an accident, learn more about how we can help. Contact us today to schedule a free consultation.  Our law firm serves all of New Hampshire, including Brentwood, Concord, Dover, Manchester, Nashua, and Portsmouth.