Home | Disclaimer | New Hampshire May Be the Safest State for Pedestrians

New Hampshire May Be the Safest State for Pedestrians 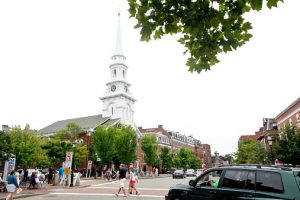 New Hampshire has recently gained national attention for being the safest state for pedestrians. According to the Governors Highway Safety Association (GHSA), there were approximately 6,227 pedestrian fatalities across the United States in 2018.

The GHSA data was garnered through state reports and adjusted based on historical trends to determine pedestrian fatality rates for the entire year.

One fatality, compared to 432 in California, may be good news for those who reside in and visit New Hampshire but that one recorded death during the first half of 2018 doesn’t account for the number of pedestrian accidents that result in serious injuries or the potential for a greater number of fatalities.

Many cities throughout New Hampshire have been touted as “walkable.” Dover, for example, has many amenities and a walkable center district. For pedestrians, getting from point A to point B may be difficult, however. According to Walk Score, most errands in the city require a car.

In urban areas, intersections pose a serious risk to pedestrians – especially when drivers fail to yield the right-of-way or make turns while crosswalks are in use. Moreover, speeding, distracted driving, and impaired driving often result in pedestrian accidents in crowded areas.

Even when pedestrians survive traffic accidents, they are likely to sustain the following injuries:

These injuries can be debilitating enough to leave you out of work for a lengthy period of time. The recovery process may require X-rays, pain and inflammation medication, surgery, and months of physical therapy. Not only can this be overwhelming, it can be costly.

You shouldn’t have to pay out of your own pocket because of someone else’s careless behavior. That’s where the pedestrian accident attorneys at Burns, Bryant, Cox, Rockefeller & Durkin, P.A. come in. Our experienced and compassionate legal team will work tirelessly to help you recover losses accrued from your crash. Contact us today to schedule a free consultation.